Junior Ochoa of Baytown, Texas, is a well known tattoo artist in the area. As the owner of Big Junior’s Tattoos, he sees lots of local tattoo fans on a daily basis. “I see a range of customers; from first timers to people that are actually into it for the art,” says Ochoa. The 38 year old Latin Cartel member has been killing it in the tattoo game for 20 years. Oddly enough, that’s also exactly as long as he’s been in the car game. Coincidence? We think not.

Being a tattoo artist provides a very comfortable living for Ochoa and his family. “I use what I make off of tattooing for my livelihood,” said Ochoa. But he doesn’t earn income solely from his hourly rates. Appreciative customers will also tip, sometimes substantially, when he’s done a great job. “The better the outcome and happier the customers, the more appreciative they are,” Ochoa said, “Tips are just play money.” And play he does.

Junior has had many rides before. “I’ve had three other Cadillacs of the same body style as this one and a couple of Monte Carlos – A ’79 and an ’81,” said Ochoa, “All with hydraulics. All painted black.” When asked, “Why all black,” Ochoa responded, “I just like the look of black paint when it’s clean.” His very first ride? A black 1984 Cadillac Coupe DeVille. 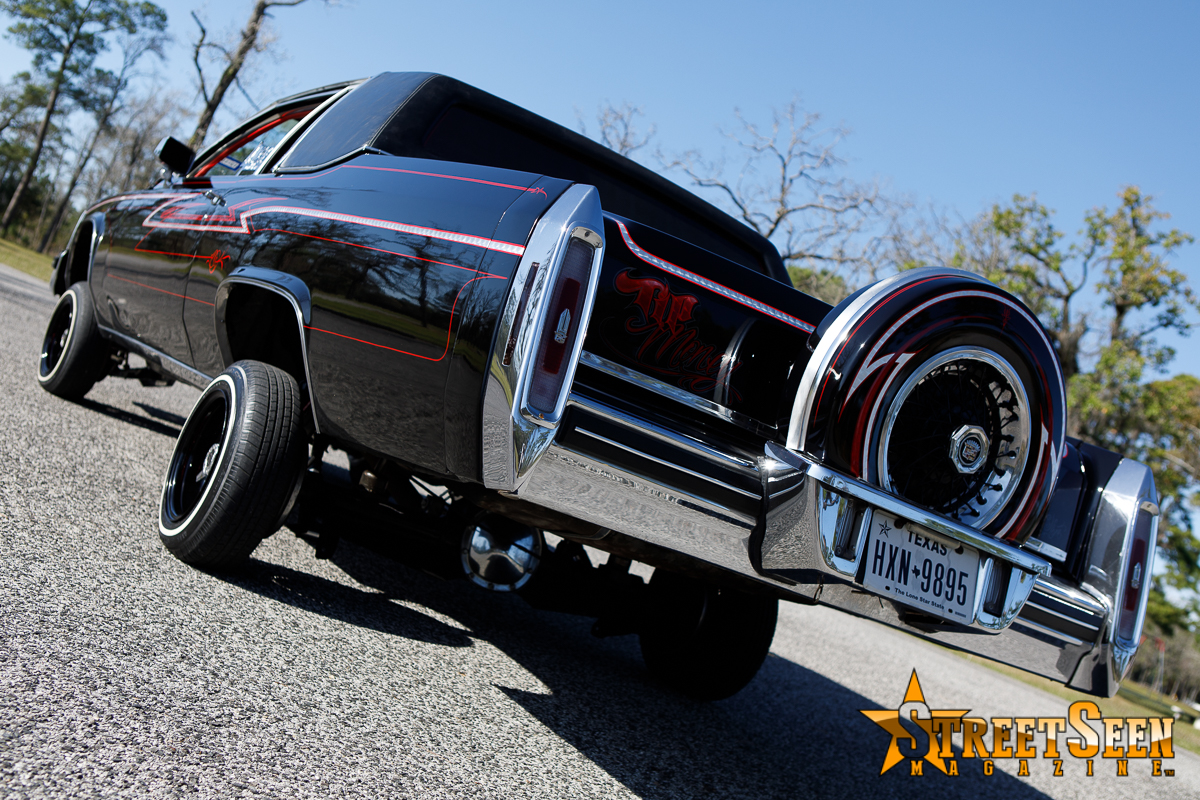 This particular Coupe DeVille entered Junior’s life about 5 years ago. “It belonged to another club member who owned it for about a year before burning the motor out,” said Ochoa. Once in his possession, Junior wasted no time in getting to work on the Coupe Deville. He also knew exactly how he would fund the build. Remember that play money he mentioned earlier? Well now was the time to play. His first priority on his new project was addressing the motor. Junior was able to get a hold of a used 350 engine and transmission. Armando Hernandez of Mando’s Mechanic Shop in Baytown, Texas, was tasked with rebuilding this “new” used motor and transmission. While the engine and motor were being attended to, Erick Davila of Side Job Customs in Baytown, Texas, worked on painting the engine bay and undercarriage including the wire wheels, which were originally powder coated. While the motor was in pieces, Davila was also able to get the engine block repainted as well. The engine and transmission were soon reassembled and installed back into the car. Various mechanic projects followed after. The car was up and running! 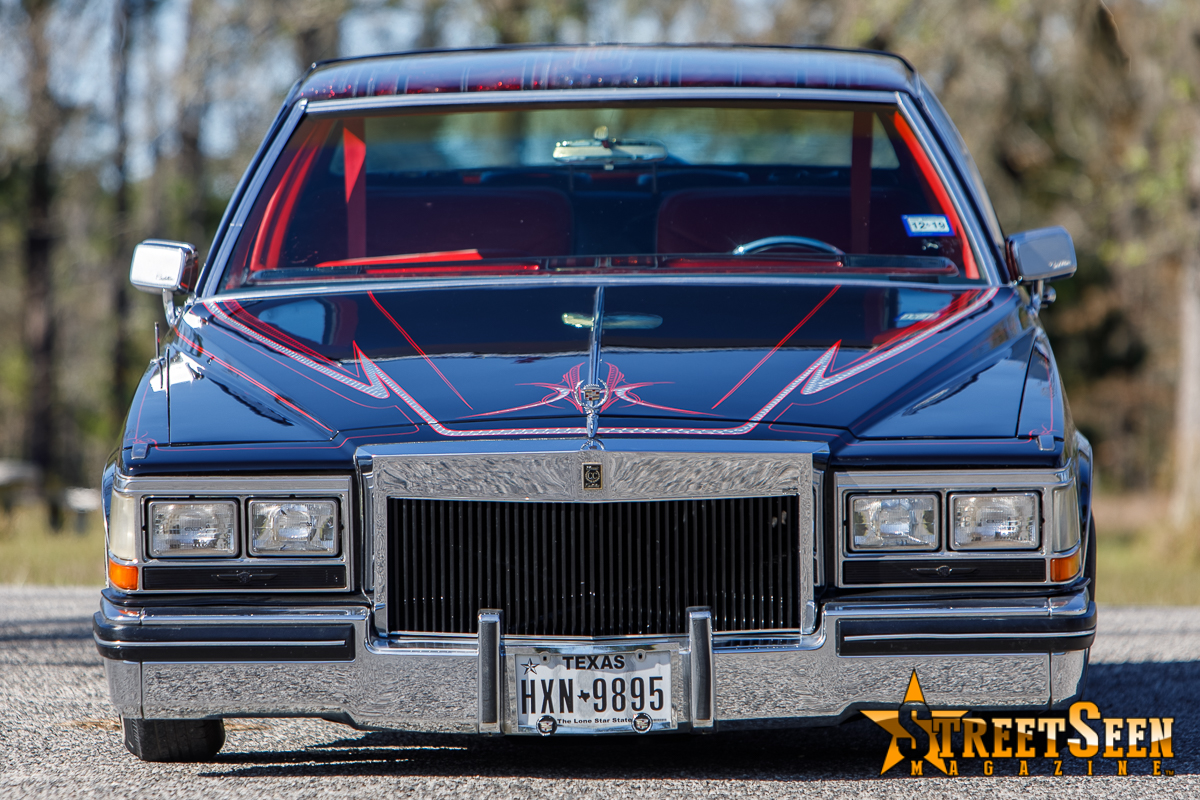 Next on his list of “to do’s” was the hydraulic setup. Albert Torres with Fine Line Street Rides in Katy, Texas, went to work on the Caddy installing a three pump CCE set up for an easy standing three wheel. A bigger pump head was attached to the front pump so the Caddy could hop. “It’s nothing too fancy, but it got the job done,” said Ochoa.

After driving the Caddy for a year with a fresh rebuilt engine and some paint improvements, it was time to really take it to the next level. “A year after showing, I decided to totally redo the whole look of the car,” said Ochoa. This is when he contacted Michael “Sic713” Cato of Pasadena, Texas, to work the magic with the spray guns that he’s known for. Sic redid the entire Caddy in some fresh black paint and clear, putting extra care on the trunk so not to damage the mural that was already painted on the car when Ochoa purchased it. Sic then topped it off with an awesome display of candy patterns and flakes on the roof. Along the body, Sic added the leafing accented by red pinstriping. When Sic suggested following through with matching candy patterns on the dashboard and rear deck, Ochoa immediately gave the green light. 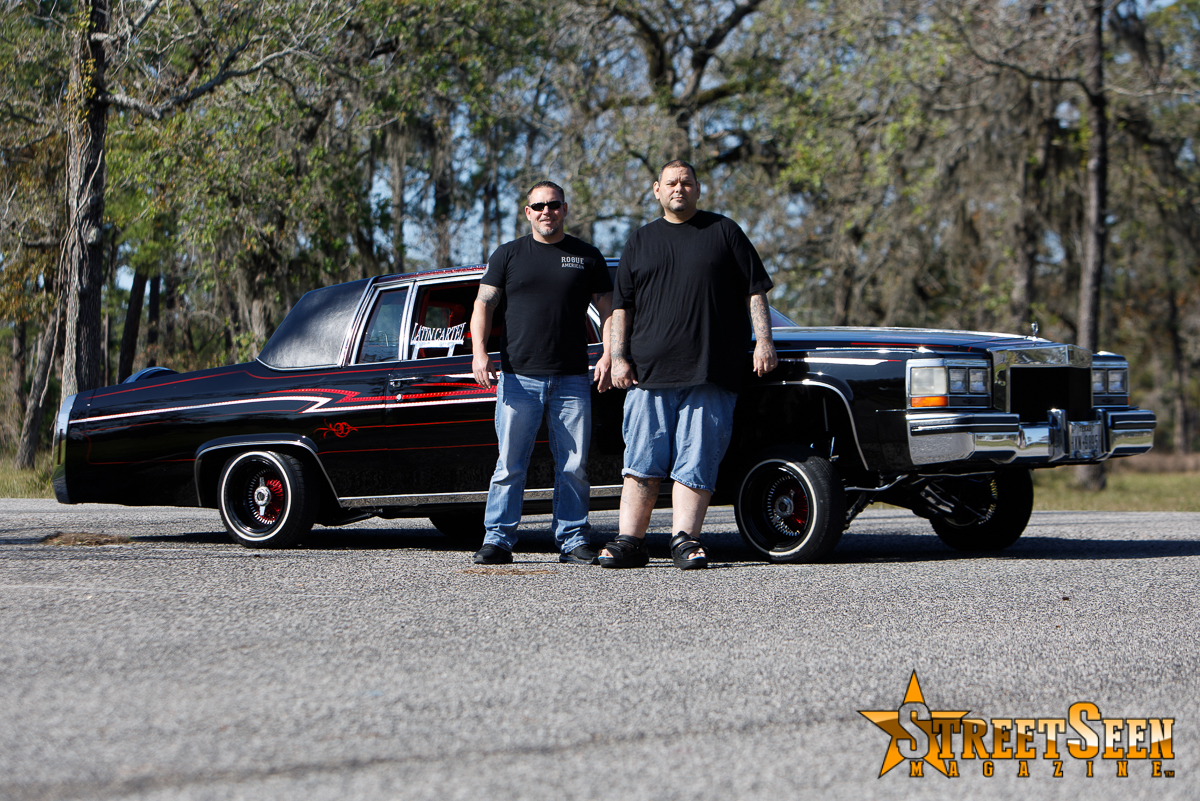 When the paint work was finished, it was time to completely redo the interior. For this task, Ochoa called on Upholstery Campos in Pasadena, Texas. He asked them to follow the pattern scheme from the roof of the car into the stitching for a one of a kind design on the bold red leather seats. Along with the headliner, interior panels, and door panels, Upholstery Campos created a one of a kind center console to complete the look of the interior.

During the entire build, Junior was collecting chrome parts along the way. Many of the parts came from Corona Chrome in Temecula, California. The parts include the chrome rear axle and the chrome front end suspension parts. Other chrome parts, including many engraved chrome parts came from Krazy Kutting in Yuma, Arizona. The Engraved Cadillac emblem steering wheel and the Zenith style engraved spinners are among those parts.

The final step in the complete customization of this Caddy was the audio system. Ochoa himself, along with the help of Armando Hernandez of Mando’s Mechanic Shop in Baytown, Texas, installed a Pioneer bluetooth head unit controlling six JL Audio 6×9 speakers in the cab and two 10 inch JL Audio woofers in the trunk. The sound system is powered by two 2000 watt Planet Audio amps. Finally, the whole speaker setup was upholstered in matching bold red leather by Upholstery Campos in Pasadena, Texas. 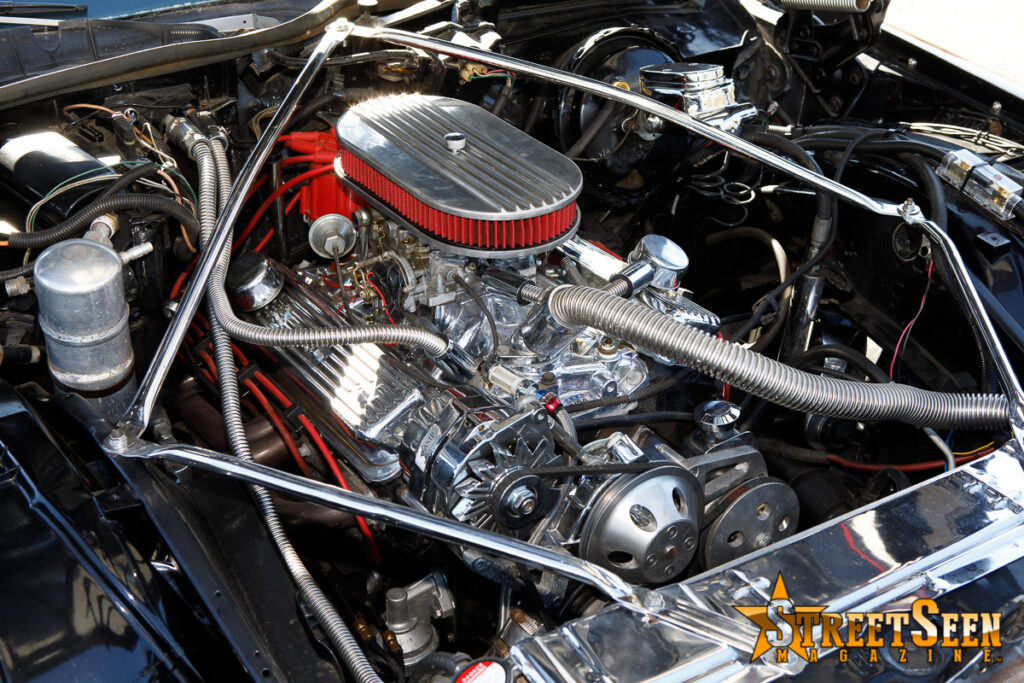 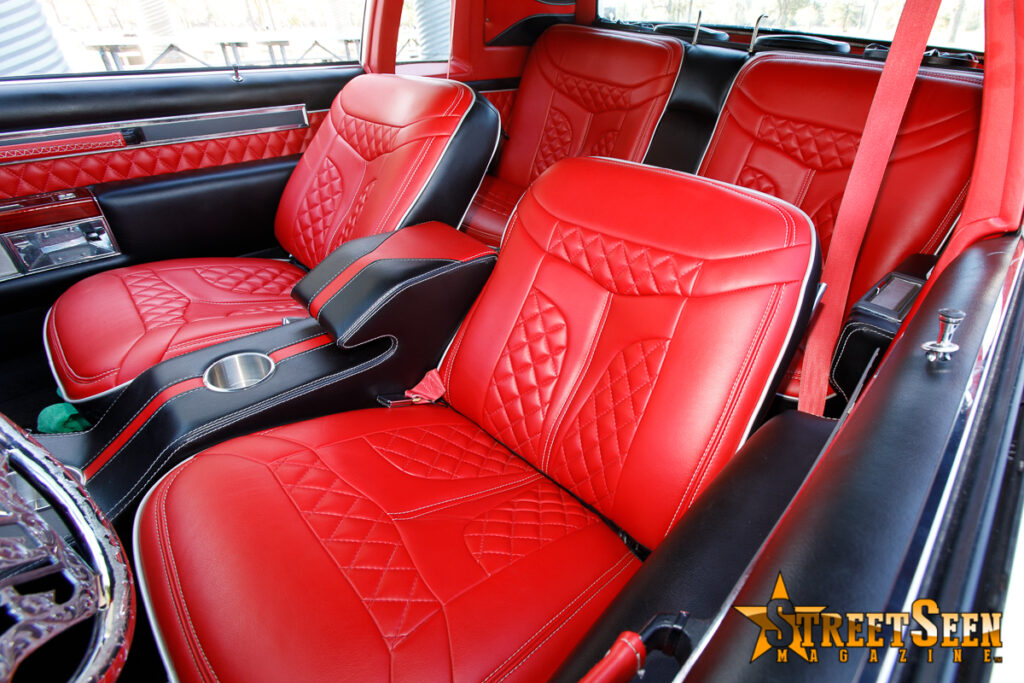 What’s amazing is that this build was funded entirely on tip money earned from Junior Ochoa’s work as a tattoo artist. It’s nice what a little “play money” can do for you when you put it to good use. Junior recently sold the Cadillac to have the seed money for his next project – when he finds it. We’re sure the new owner, Alan Andrews, can appreciate all of the extensive details put into this great ride

Junior thanks, “My wife and kids first, for supporting me through this, all my Latin Cartel CC family for continuous support in any way needed, my brother Manuel Ochoa, who has been with me in every decision, and my good friend Armando Hernandez. I couldn’t have done it without their input, support, and help and I am grateful.” 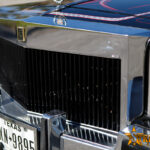 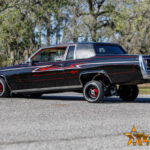 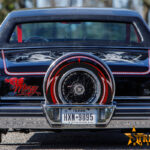 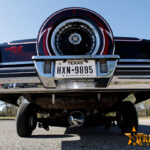 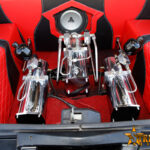 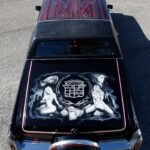 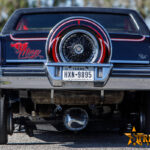 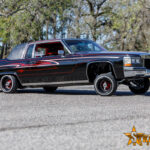 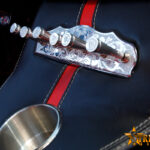 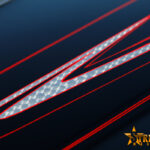 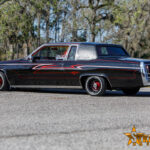 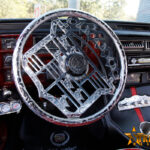 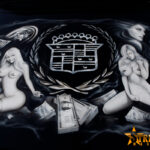 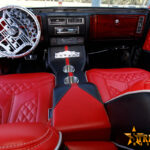 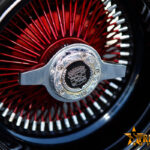 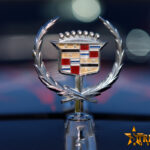 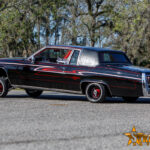 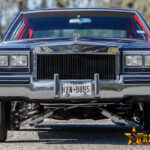 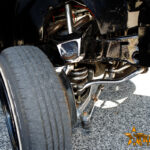 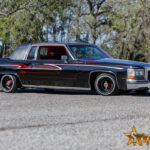 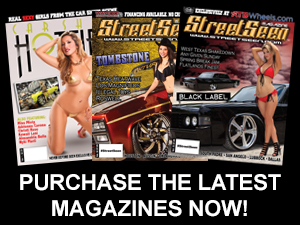 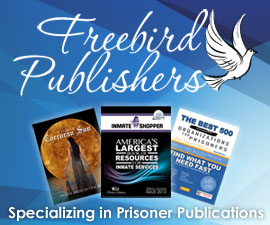