It’s not often a show truck is named after a Kurt Russell movie, but then again it’s not often one finds its way into the winner’s circle at shows after spending several years as a work truck, and several more as a street racer.

But that’s the story on Leo Garza’s truck, nicknamed “Tombstone” after Garza’s favorite movie, the 1993 outlaw western starring Russell. Garza drove the ’85 Chevy C10 to work for years before deciding to juice it up and race it — until something happened that would result in the truck taking on a third, different form. “I lost control of it and I wrecked it,” Garza says. “I started redoing it again to race it. At that time, I had another show car, an El Camino, and I saw another show truck like it all fixed up.” 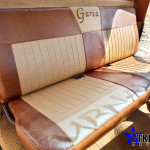 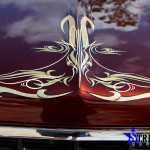 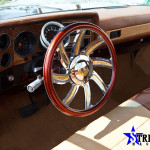 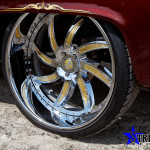 That’s when, three years ago, he decided to re-frame it and turn it into a show ride. “My son got involved with it and started adding this and that,” Garza says of his son, Leo Jr. “It kind of got out of control.”

Tombstone’s got a 383 Stroker Engine under the hood, sending 500 horsepower to the back wheels — Forgiato 26 x 12 wheels, to be specific. They match the 26 x 9.5 wheels on the front end, and the Forgiato steering wheel inside. Speaking of the inside, it’s coated in King Ranch brown leather and ostrich inserts, matching the exterior’s candy root beer paint job. “Brown is my favorite color,” he explains.

Garza also added disc brakes, shortened the rear end by two-and-a-half inches and added a front clip and a custom bumper from a ’91 Suburban. “They’ve got that rubber around the chrome and they kind of bend into the body,” he says. 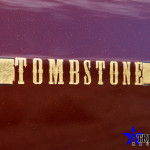 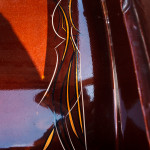 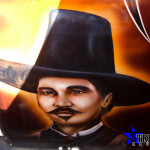 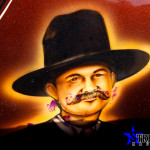 There’s a unique gold leafing on the outside — unique because it’s got 18 karat gold shavings and was inspired by a photo Garza stumbled upon of a New York City fire truck. He then called the FDNY, got the information for the vendor and contacted them directly to order it. “I think that’s what impresses the judges because they’ve never seen anything like it,” he says.

What he’s got in the bed is almost certainly 100 percent unique to his truck: murals of the characters from his favorite movie and the truck’s namesake, Tombstone. His explanation is simple. “It’s just a badass movie,” Garza says.

Garza’s got a twisted metal suspension, though he hasn’t begun to show that off because it’s not been chromed yet. It’s possible that could be the final touch in the project he calls the best he’s done during all of his customizing years, a span dating back to when he was 15, but if you ask his wife, it probably won’t be. “It’s like 24-7, any extra time or money he has, he puts it into the truck,” Mary Garza says. “But somehow, he’s managed to balance everything out with family and his truck.” 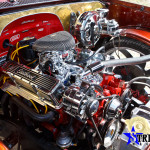 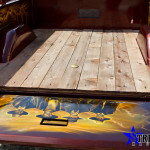 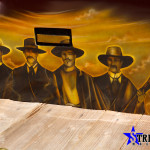 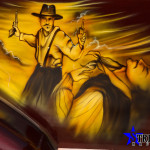 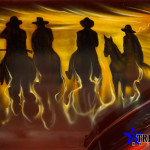 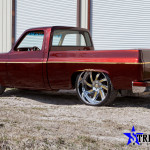 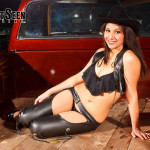 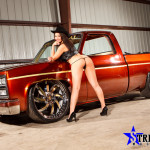 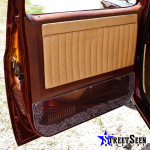 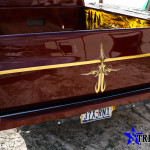 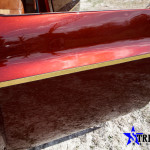 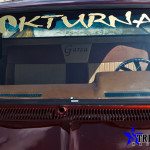