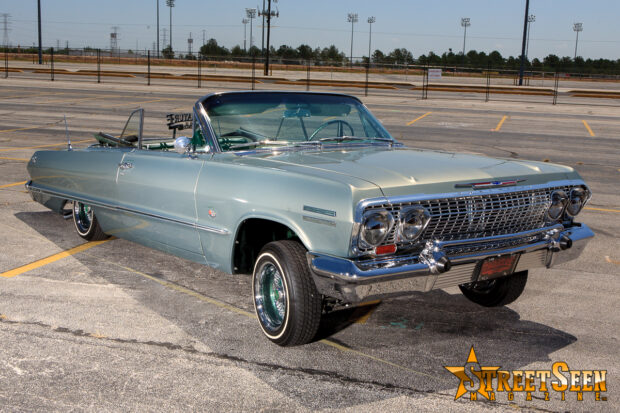 Terrence Tottress waited years for his dream car, a convertible 1963 Chevrolet Impala Super Sport. When he found it listed for sale on the internet, he drove from Tulsa to the Iowa-Missouri border. There he retrieved the non-running car from the field where it sat and trucked it back to Oklahoma. When he began lovingly renewing the classic vehicle he didn’t realize that it would eventually become a rolling memorial to five members of his family.

Tottress began the three-year restoration project by reworking the frame then giving it a marbleized paint job like you might see on a bowling ball. The undercarriage is also chromed out, as are the rear and front ends. The A arms are extended and chromed.

Unlike some show car owners, Terrence rebuilt the engine mostly by himself. The stock 350 V-8 needed lots of work. Using three classic Impalas he already owned as parts cars, Terrence eventually got the car running. Today the engine not only runs but also sports a custom paint job and chrome, chrome, chrome. Lifting the hood on this ride is like looking into a mirror. The motor features an aluminum high rise intake, a four-barrel Edelbrock carb, solid chrome lines and hoses, and a chrome timing chain cover, alternator, and water pump.

The exterior of the car is a smooth vision in Evergreen Frost. All the trim and the wheels feature marbleizing like the frame. MomentNSilence rides on 14-inch Coopers wrapping custom painted, 100-spoke OG Wires that are accented in Hunter Green.

The engine and exterior of the car were painted by several different people. Most of the chrome work was done by Econo-Plating in Balch Springs, Texas, near Dallas. During the restoration a tragedy hit Terrence’s family, his sister-in-law and four of his nieces died in a terrible car accident. Terrence decided to honor their memory, he named the car “MomentNSilence” and had the paint job further customized.

The skirts on the rear fender wells feature murals of a family. The images are of the five relatives killed in the accident. The mother appears in the middle with angel wings spread over the four girls. Tottress displays the artwork at shows. 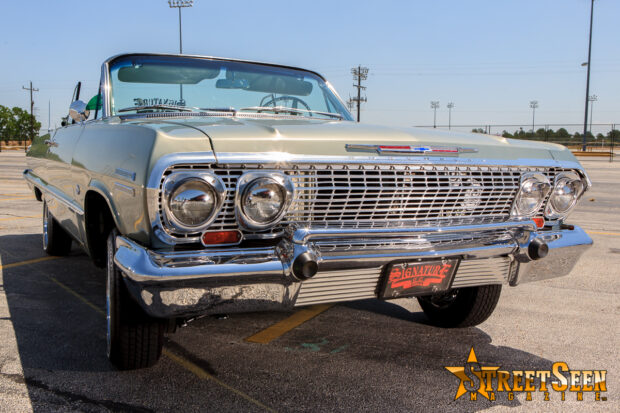 The interior features matching Evergreen Frost upholstery with a dark Hunter Green insert and Hunter Green carpet. The dashboard is vintage 1963 with added chrome. The rag top is controlled electronically by a button near the steering wheel. The interior was customized by Buddy Pruitt at Pruitt Auto Trim in Tulsa.

The car’s sound system consists of a JVC stereo powered by two Kicker amps, one of 1000 watts and one of 750. The system rides in the trunk which was customized by Boomers Audio of Tulsa.

The trunk also carries the hydraulic system. Powered by eight batteries, the system features two Prohopper hydraulic pumps and four switches that control front, back, right, left, and three wheel moves. The car has twelve inch strokes in the back and 10 inch in the front. Hydro work was done by Tony Forshe in Tulsa.

Terrence had to work three jobs while restoring his Impala.

“This has been a dream car for me,” he said. “I’ve always been a car lover, especially when it comes to antiques.” Tottress doesn’t use MomentNSilence every day. “Let’s say it’s a Sunday driver,” he stated.

In 2008, Terrence followed the WWT tour and was named Mild Custom Class Champion. We give props to Terrence for creating such a sleek ride (and for the charity work he and Signature Car Club do around Tulsa).

An interesting fact about Impalas is that they began life as the famous Chevy Bel Air. “Impala” was the name of a special trim package for the Bel Air introduced in 1958. The following year the Impala underwent a major redesign and became a stand alone model. 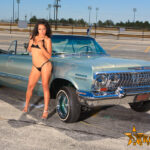 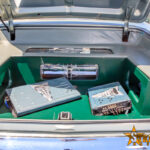 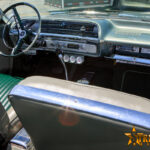 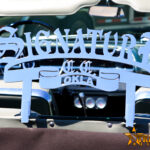 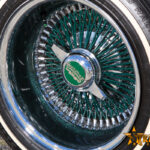 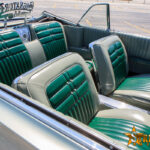 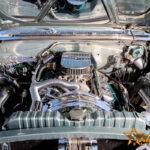 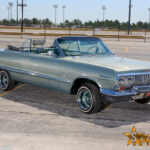