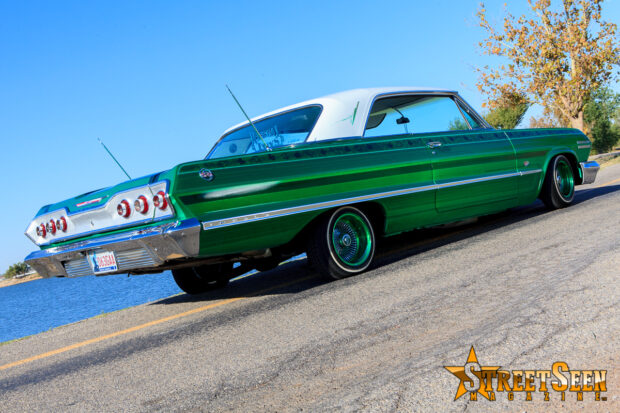 Benito Gonzales picked up his ‘63 Chevy Impala SS in 2003 with plans of customizing it and hitting the show circuit. He quickly painted it, and after his wife bought him a engine as a birthday surprise, he was ready to get rolling. And then lightning – or, to be more specific, ice – struck.

“There was an ice storm and a tree fell on it. The paint was ruined,” Gonzales says. “Then it sat around for four or five years.”

That’s when Gonzales came into contact with some members of the Illegal Toys car club in Oklahoma City. They encouraged him to renew his efforts to build a prize-winning ride. And a few years later, he’s done exactly that, having taken a dozen awards since debuting the car, which he’s since named “Lucky 6 Tre,” in 2010.

“I name it that because I just got lucky with the car. I met all the right people. I couldn’t have done it without the car club and of course, my wife,” he says.

Caspy at Julian’s Customs painted the car, adding patterns, lacework and a bit of marbleizing for effect. To symbolize the car’s fortuitous fate, Gonzales had Jorge Ortiz airbrush four-leaf clovers and horseshoes onto the Impala’s Organic Candy Green body. 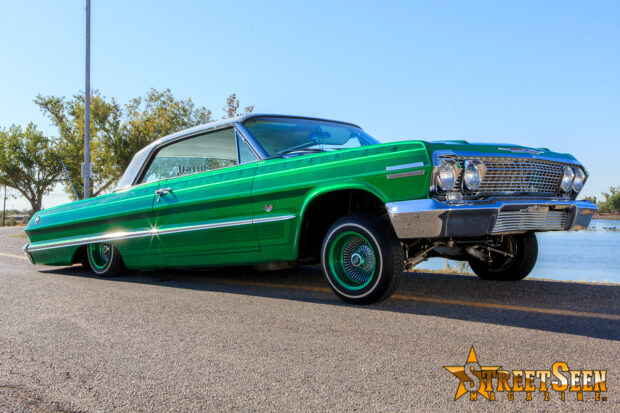 They say not to judge a book by its cover, but Lucky’s exterior seems to be the first thing judges notice.

Lucky isn’t strictly a show pony. In nice weather, Gonzales can be seen bouncing down the streets of O.K.C., listening to Chicano rap on a sound system highlighted by four six-inch Pioneer speakers. He added a new head unit, but put it in the glove box, so as not to alter the original dash.

“I wanted to keep it original,” he says.

On Father’s Day 2011, his wife surprised him again, this time by having the interior done by Alex Upholstery as a gift. The result was a glossy but classic look consisting of white vinyl and green Aztec crocodile. The paneling and dash are also green and white. 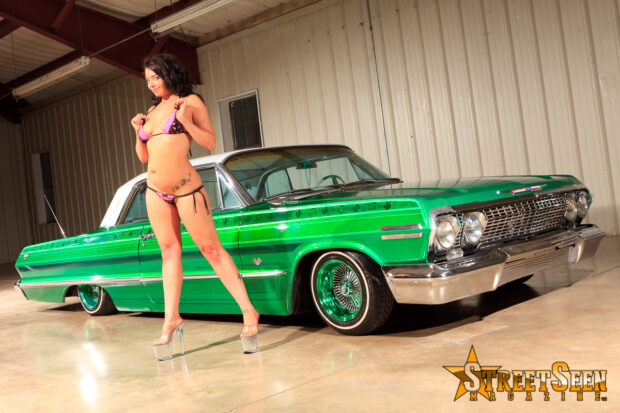 “I wanted them to match the rest of the car,” Gonzales says. “Green is my favorite color and a long time ago I saw an Impala with that color scheme. If you’ve ever seen the video for “Today was a Good Day” by Ice Cube, that’s kind of what I based it on.”

Gonzales’ father John, owner of Fleet Transmission and Auto repair in Oklahoma City, did the heavy lifting under the hood. Lucky’s got an Edelbrock Carburetor, 350 turbo transmission, and plenty of chrome-covered pieces, including the alternator, pump, fan and hosing.

The bounce is provided by Pro-Hopper Hydraulics with all-chrome pumps – installed by Erik Martinez of Elite Hydraulics and powered by eight Interstate batteries located in the trunk. If that sounds like a lot of batteries, it shouldn’t; the car originally had 14 of them. 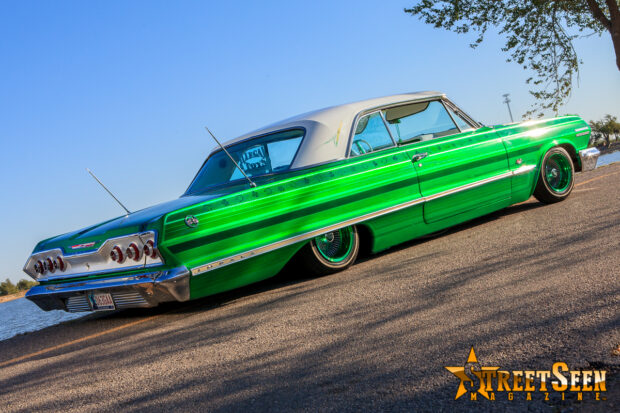 “It was ready to hop,” Gonzales says, laughing.

Gonzales father’ and wife, Celeste, haven’t been the only family members to support his efforts. The 34-year-old has five kids ranging in age from seven to 17, all of whom have helped him clean the car and get it ready for shows. His 17-year old has his own ‘63 Impala, while his seven-year old boasts an award winning lowrider bicycle.

His next project is a ‘47 Chevy he picked up recently, but that’ll have to wait its turn. 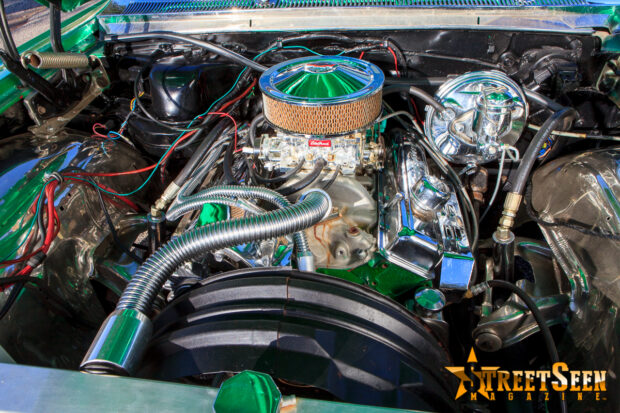 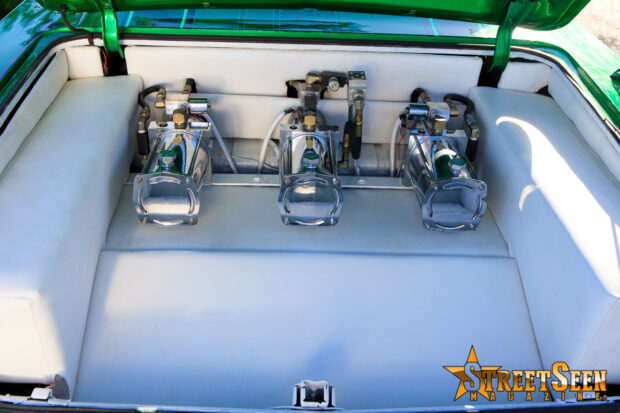 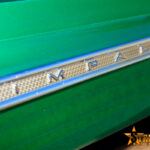 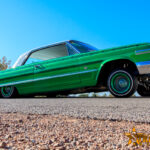 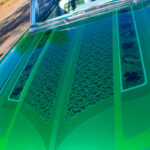 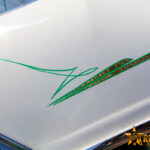 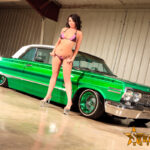 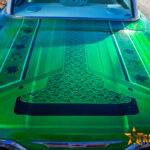 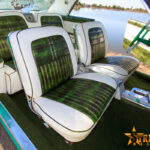 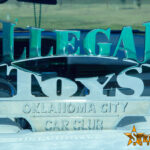 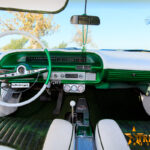 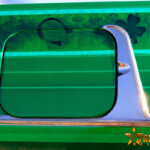 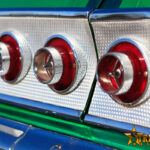 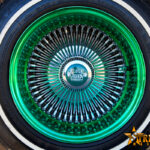 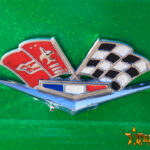 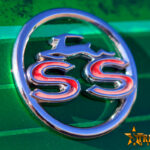 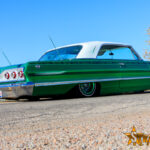 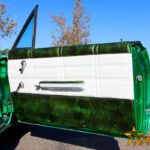 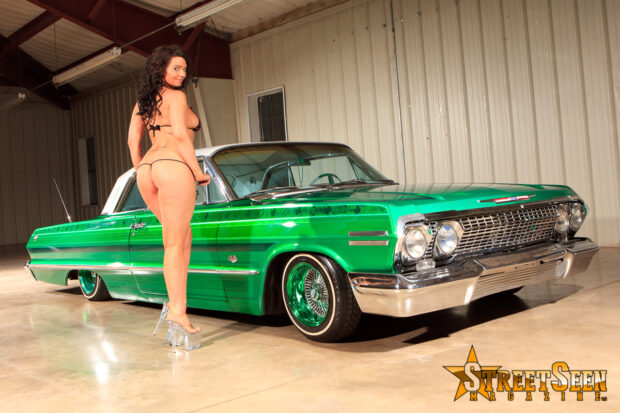